Review: X-Men: Days Of Future Past 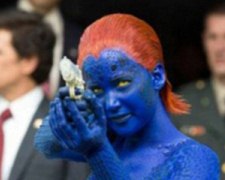 Time can get away from you. It’s hard to believe that it’s been 14 years since director Bryan Singer launched one of cinema’s most successful superhero franchises. X-Men was released in July 2000 and the follow up, X2, was released three years later. That was it for Singer. He jumped off the fast-moving X-Men train and went in a different direction with a superhero reboot (Superman Returns), a WWII thriller (Valkyrie) and a fairy tale adaptation (Jack The Giant Slayer).

That is, until now. Singer is back in the director’s chair for X-Men: Days Of Future Past and he’s created an entertaining action flick with a predictable, yet still engaging, premise. It begins in the not-to-distant future where the planet has been all but obliterated by a series of highly sophisticated robots known as Sentinels. They were the creation of Dr Trask (Dinklage) – a military scientist trying to rid the world of mutants. Unfortunately, it all went pair shaped when the robots killed not just the mutants… but also the entire human population.

It’s a bleak opening. A flyover across New York City reveals to be a dark, depressing, uninhabited place. You might be wondering how the few surviving X-Men can get themselves out of this situation. Even if they could defeat the powerful Sentinels, what would be the point? The planet has already passed the point of repair.

The solution comes in the form of a familiar plot device – time travel. Shadowcat (Page) transports the Wolverine (Jackman) back to the 1970s where he will try to “end the war before it begins”. His task is to prevent the vengeful mutant Mystique (Lawrence) from killing Dr Trask at a peace summit in Paris. It was this event that kick started the Sentinel program and set the human race on a path from which it would not recover.

It’s a storyline that allows for a little creativity. We already know these characters… but now we have a chance to go back and time and conceive a new version of them. Wolverine has to find a way of uniting Professor X (McAvoy) and Magneto (Fassbender) despite the fact they are fierce enemies. It’s a cool approach and I’d best describe it as a subtle reboot (except with the same actors).

There’s also room for humour. 27-year-old Evan Peters (American Horror Story) steals the film with a 10-minute cameo as the mutant Quicksilver. With the ability to move as supersonic speeds, his skills are invaluable when Wolverine and Professor X try to break into the Pentagon. It’s the scene you’ll remember most.

Previous X-Men films have gone overboard with the number of characters but X-Men: Days Of Future Past has found the right balance. The focus is on the big four – Jackman, Lawrence, McAvoy and Fassbender. The other familiar names only pop up in “cameo” type roles (which is appropriate). My only qualm with the cast is that Peter Dinklage (Game Of Thrones) should have been given more to do as the film’s keynote villain.

The next step in the franchise is the unimaginatively titled X-Men: Apocalypse which is slated for release in 2016. We’ll do it again then.