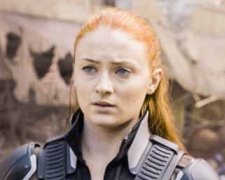 I was chatting to a cinema manager tonight who noted that pre-release ticket sales for X-Men: Apocalypse have been a little soft.  One could argue that some filmgoers are suffering from superhero fatigue.  Over the past two months, we’ve been following the exploits of Batman, Superman, Wonder Woman, Iron Man, Captain America and, for a fleeting moment, Spider-Man.

As a quick refresh, the X-Men franchise is part of the Marvel universe and is set in a world where humans and mutants live side-by-side.  The Professor (McAvoy) reminds us in an opening monologue that sometimes “gifts can be a curse.”  Having super powers sounds really cool… but many mutants have to keep a low profile because of the fear that exists within society.  It’s easy to see why the humans feel a little uneasy.  As we’ve seen in prior films, a few mutants have been “not so nice.”

The evil element in this instalment is En Sabah Nur (Isaac) who, like so many villains before him, is intent on destroying the world.  It’s a popular theme in movies because it doesn’t get any bigger.  He could have run FIFA, accepted bribes, and awarded the World Cup to Qatar.  That would have been a more realistic scenario… but I guess it’s not quite on this scale.

We learn during the opening sequence that En Sabah Nur is a mutant who has lived on Earth since the dawn of time.  He’s not immortal but he’s found the next best thing.  When he gets old, he uses a special device (don’t ask me how it works) and that allows him to take on the body of someone much younger.  Over several millennia, he has used several mutant bodies and has accumulated their powers along the way.  Suffice to say he is now very, very powerful.

Unhappy with how the greed and selfishness that exists within the world today, he’s decided to put it through a “cleansing” process.  He wants to destroy every building, every computer, and every man-made device that exists on the planet.  A large percentage of the population will be killed along the way.  For the few that survive, they can start the rebuilding process and look up to En Sabah Nur as their God.

He’s a stereotypical villain but Oscar Isaac (Inside Llewyn Davis) does a great job fleshing out his character’s motivations.  For example, there’s a scene where he uses his powers to disarm all of the world’s nuclear weapons.  This may sound completely crazy but let’s not forget who created these missiles in the first place.  His actions highlight that the human race is often its own worst enemy.  The more weapons that are created… the greater the likelihood that they’ll fall into the wrong hands.

Turning our attention to the good guys, there are a lot of heroes fighting for screen time.  As this is set in 1983 and prior to some of the earlier X-Men flicks, it serves as an origin story for the likes of Cyclops, Phoenix, Quicksilver and Nightcrawler.  We see how they first ended up at Professor Xavier’s school and how they harnessed their powers for a greater good.  It’s a rush to squash it all into 144 minutes but writer Simon Kinberg has done an admirable job.

The most interesting players in this ensemble are those that aren’t wholly good or wholly bad.  There’s “greyness” to the likes of Magneto (Fassbender) and Mystique (Lawrence) who don’t always concur with Professor Xavier’s more positive views.  Unfortunately, the internal conflict is kept to a minimum and the battle scenes remain the focus.

With 9 films now complete and 3 more in the works, there are no indications that the X-Men will be wrapping up their adventures any time soon.  The next cab off the rank is a new Wolverine movie scheduled for release in March 2017.