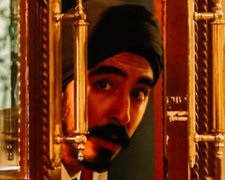 At a first glance, the premise for Hotel Mumbai sounds like it’s from the mind of a Hollywood screenwriter looking to create a fictional, over-the-top action piece.  There’s a luxury 5-star hotel with more than 500 rooms and guests from all over the world.  There’s a group of heavily armed terrorists who have stormed the building and are killing anyone they see.  There are no police on the way and so it’s up to the staff and guests, none of whom have any experience with such situations, to take on the terrorists and find a way out of the hotel.

The sad truth is this film is based on actual events that took place in Mumbai, India in 2008.  Members of an Islamic terrorist organisation carried out a highly coordinated terrorist attack across multiple locations that resulted in the death of roughly 166 people.  Train stations, cafes, cinemas and hospitals were all targeted but the film focuses its attention on the longest of the attacks – a 3-day siege at the luxurious Taj Mahal Palace Hotel.

Rather than structure the narrative around a single character, writer-director Anthony Maras (an Aussie) has made the decision to show events from multiple perspectives.  Dev Patel plays a hard-working waiter looking to provide for his family, Armie Hammer and Nazanin Boniadi play an American couple visiting on holidays, Anupam Kher plays a level-headed chef running a prestigious restaurant, Tilda Cobham-Hervey plays a nanny looking after a crying baby, and Jason Isaacs plays a wealthy Russian in search of women and alcohol.

The film struggles with the depiction of the terrorists.  Perhaps the better option would have been to avoid this perspective so as to heighten the overall tension (since we wouldn’t know where they are in the hotel).  Maras and co-writer John Collee have made the decision to include the terrorists’ viewpoints but it adds little given their characters are not developed.  What’s motivating them?  They simply take phone instructions from a mysterious person (who is never identified) and walk around the halls of the hotel callously killing people as if it’s a simple video game.

That’s not to say this isn’t a thought-provoking piece of cinema.  It delves into the different ways people react when faced with a life threatening situation.  There are staff members at the hotel who are prepared to risk their lives to save complete strangers.  Would you do the same?  The film also explores the tough decisions faced in formulating an escape plan.  Do you find a hiding place and hope to be rescued or do you take your chances and run for the nearest exit?

Hotel Mumbai doesn’t shy away from the horrific nature of what took place.  It’s rated MA here in Australia for its “strong themes and violence”.  It’s the kind of movie that is both unsettling and inspiring.