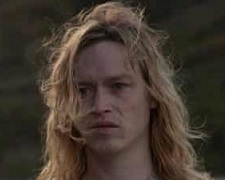 If you were living in Australia in 1996, it’s an event you’re unlikely to have forgotten.  28-year-old Martin Bryant killed 35 people in a massacre in the small town of Port Arthur, Tasmania.  It remains the worst mass shooting in modern Australian history and led to a near-instant overhaul of gun laws and the buy-back of roughly 650,000 firearms at a total cost of $230 million.  The government reaction and its subsequent impact is referred to commonly in the United States by gun control activists looking to introduce similar changes in that country.

The idea of a film about Martin Bryant has already stirred up much debate within Australia.  Some have questioned the intentions of writer Shaun Grant and director Justin Kurzel (both responsible for the award-winning but equally controversial Snowtown) and whether its appropriate to bring this tragic story back into the public spotlight.  There was a particular concern the movie would create sympathy towards Bryant and, as a result, disrespect the innocent people who lost their lives on that day.

For what it’s worth… I’m fine with the finished product and what it asks of audiences.  It’s not an exploitative, Scorsese-style drama with gruesome deaths.  While the music-free, dialogue-free finale is harrowing, not a single shooting is shown.  Rather, the film’s focus is on providing a condensed, slightly modified look at Bryant’s upbringing to show who he was a person and how easily he was able to buy weapons that led to the massacre.

Nitram reminds us the world is complex and some things cannot be easily rationalised.  The Bryant we see in the film, portrayed by American actor Caleb Landry Jones (Get Out), is a man who is socially awkward, has a low IQ, struggles to make friends, takes anti-depressants, argues with his parents, and doesn’t understand risk.

Does the combination of those things explain the events of 28 April 1996?  Was it something else?  If you were his parents, depicted in the movie by Judy Davis and Anthony LaPaglia, could you have foreseen what happened?  Could it all have been prevented?  Would better guns controls have made a difference?  All of this will generate discussion and, when it comes to a subject like this, that’s a positive in my eyes.  I’ve spoken with several friends about the topic in recent days.

All the performances are strong but it’s hard to go past the iconic Judy Davis as the film’s best.  Her final scene is unforgettable and so too is a monologue mid-way through where she opens up about her son in front his new best friend (Essie Davis).  As frustrating as Nitram may be to some, especially those looking for easy answers, I appreciated the offering.