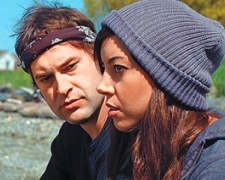 A curious entry has appeared in the classifieds of a local newspaper – “Wanted: Someone to go back in time with me.  This is not a joke.  PO Box 91, Ocean View, WA, 99393.  You’ll get paid after we get back.  Must bring your own weapons.  Safety not guaranteed.  I have only done this once before.”

A similar advertisement appeared in Backwoods Home Magazine in 1997.  It was written by John Silveira to help the magazine’s editor fill up space in the classifieds section.  It was intended to be a simple joke that no one would take seriously.

That wasn’t the case.  Thousands of responses were received in the post office box – most from people who believed it was true.  The advertisement went viral on the internet in the mid 2000s and was even read by Jay Leno on his late night talk show.

Inspiration can come in the strangest of forms.  The Pirates Of The Caribbean series was inspired by a Walt Disney theme park ride.  The four films went on to gross a combined $3.7 billion at the international box-office.  The increasingly popular Resident Evil franchise was the result of a video game created for the PlayStation back in 1996.  Five films have been made in that series and it’s showing no signs of slowing down.

We’ve now created something even more bizarre.  That simple, throw-away advertisement buried amongst the pages of Backwoods Home Magazine has now inspired a motion picture.  Screenwriter Derek Connolly has used it as the backdrop to this fictional tale and funnily enough, it won him an award for best screenplay at the 2012 Sundance Film Festival.

It begins in the boardroom of a Seattle-based magazine.  A group of writers are tossing around ideas for future stories.  Jeff (Johnson) reads out the odd advertisement and suggests that it would make a great story.  Who wrote it?  How many responses have been received?  Does this person believe time travel is possible?

His editor gives him the green light and so he heads to the town of Ocean View, Washington with two interns – the disenchanted Darius (Plaza) and the useless Arnau (Soni).  Their first stop is the post office.  They park their car outside the PO boxes and they sit and wait for someone to collect the mail from box number 91.

There’s not quite enough to drag this story into a full 90 minutes and so a few not-so-interesting subplots are created.  The womanising Jeff is using the trip to Washington to catch up with his high-school girlfriend from two decades ago.  He’s also keen to help 22-year-old Arnau get past his “nerdy” qualities and finally lose his virginity.

Thankfully, these serve as only a minor distraction from the main show.  Forced to take on the lead role in the investigation, Darius discovers that the man responsible for the advertisement is a Kenneth Calloway.  He lives alone, works in a supermarket and seems to think that he’s always being followed.

Darius doesn’t reveal that she works for a magazine and is intending to write an exposé.  Rather, she pretends to be interested in Darius and his plans for time travel.  She makes up a story about why she wants to return to the year 2001 and she starts helping him steal supplies from a nearby facility.  Darius realises that Kenneth is crazy but how long can she maintain the charade?

It’s the performance of Aubrey Plaza (Scott Pilgrim Vs The World, Parks & Recreation) that deserves the most recognition.  She brings a bit of everything to Darius’s character – she’s smart and witty but also cynical and insecure.  The film’s best scenes see Plaza interacting with Mark Duplass (Your Sister’s Sister) and trying to get him to open up about his past.

A few elements to the story are a little silly but for the most part, this is an entertaining, off-beat comedy.  It will keep you smiling and keep you guessing.  It’s far from the safe, formulaic comedies that usually emanate from the big studios in Hollywood.  Safety Not Guaranteed was shot on a budget of just $750,000 and has quietly moved its way through film festivals and art house cinemas across the world.