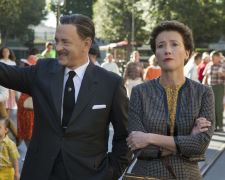 Released in August 1964, Mary Poppins was one of the most loved, most successful family films of all time. It spent 6 weeks atop the box-office charts in the United States and grossed a total of $31m (that’s about $233m in today’s dollars). It received 13 Academy Award nominations (just one short of the all-time record) of which it won 5 including best actress for Julie Andrews.

Given the movie’s popularity you’d think that the creator of Mary Poppins, Ms Pamela Travers, would be thrilled. Her novels had been brought to life on the big screen and now could be enjoyed by a much wider audience across the globe. The film would rejuvenate interest in her work and would provide a substantial, long-term royalty stream. It was all good, right?

Nope. Roughly a decade ago, Australian television producer Ian Collie came across a biography written by Valerie Lawson on the life of Pamela Travers (who had passed away in 1996). It revealed that Travers had continual conflicts with Walt Disney and the Sherman brothers (who wrote the film’s catchy songs). She didn’t like the finished product and she never allowed a sequel to be made. This fascinating behind-the-scenes tale, combined with the fact that Travers was born in Australia, inspired Collie to produce his first documentary, The Shadow Of Mary Poppins, which aired on the ABC back in 2002.

Things didn’t end there. Writers Sue Smith and Kelly Marcel took the story and transformed it into a script for a feature film. It would explore Pamela Travers’ childhood, her prickly personality, her heated arguments with Disney, and the reasons why she was so reluctant to give up the rights to Mary Poppins. The project was green lit by Walt Disney Studios and that brings us to where we are today. Saving Mr Banks is the finished product – a Hollywood movie with two Oscar winning actors in the leading roles, Tom Hanks as Walt Disney and Emma Thompson as Pamela Travers.

The film was bound to attract controversy and several negative articles have already been written. They have concerns as to whether the film provides a balanced, impartial view of events given it was funded and produced by Walt Disney Studios. They also argue that it’s too pro-Disney, anti-Travers. I’m not as fussed. The only way this film was going to be made was through Walt Disney Studios as they own the intellectual property. Further, while I think the film’s finale at the Mary Poppins premiere is a little misleading, there’s enough content to help audiences form an objective opinion on its characters.

Saving Mr Banks is an enjoyable, likeable film. I was particularly interested in the conflict and chaos that went on behind closed doors. You may find some parts hard to believe (such as a scene where Pamela Travers refuses to let them use the colour red in the movie) but if you stay during the closing credits, you’ll hear the actual audio of the real Travers during production meetings. She was as strong-willed as the movie suggests.

The film has a few nice emotional moments too. Travers’ upbringing in Australia is told by way of flashback and it blends nicely with the 1960s storyline. There are also some great exchanges, both comedic and heartfelt, shared between Travers and her friendly chauffeur in Los Angeles (played by the terrific Paul Giamatti).

A year ago, we saw the release of Hitchcock – a film that took us inside the life of the popular director and his work on the acclaimed thriller Psycho. I don’t know if this is the start of a new “movies based on moves” trend but what I can say is that Saving Mr Banks is worth the price of admission. At the very least, it’ll make you want to revisit the fun that was Mary Poppins.

You can read my chat with producer Ian Collie by clicking here.