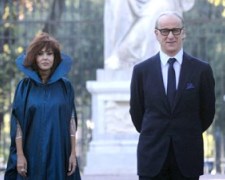 The release of The Great Beauty in Australia couldn’t be timelier. Over the past two weeks, the film has won the Golden Globe for best foreign language film and picked up an Academy Award nomination in the same category (we won’t know if it wins until March). It also picked up the European Film Award for best picture at the back end of 2013.

The title feels appropriate because this is a film to be enjoyed as much for its beautiful imagery as its stimulating storyline. The central character is Jep Gambardella (Servillo) – a 65-year-old Italian who has more money than he knows what to do with. Forty years ago, he wrote an acclaimed novel and he’s been living off its royalties and its reputation ever since. He has no wife, no kids. He lives in a stunning apartment that overlooks the Colosseum, he regularly throws lavish parties and he’s almost always mingling with the upper echelon of Italian society.

As strange as it may sound, the film is a little too beautiful at times. I became so enamoured with the setting and gorgeous cinematography that I often didn’t pay enough attention to the subtitles. Perhaps this is why I was a little confused by some subplots in the later stages involving a high ranking cardinal and a 104-year-old nun who sleeps on the floor and only eats roots. One group that won’t be complaining are the tourism promoters in Rome. The city looks so very, very alluring.

In trying to pinpoint in this film’s target audience, I can help but make comparisons to one of my favourite releases from 2009 – Luca Guadagnino’s I Am Love. Both movies are heavy on visual imagery and light on conversation. I didn’t find the collective group of characters in The Great Beauty quite as interesting but if you were a fan of Guadagnino’s film, add this to your “must see” list.