Review: Magic In The Moonlight 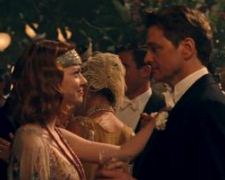 As part of his Oscar-winning screenplay for Midnight In Paris, writer-director Woody Allen used time travel as the device to transport us back to 1920s France.  I guess Allen subscribes to the mantra that “when you’re on a good thing, stick to it”.  Magic In the Moonlight uses the same setting and the same time frame (well, minus the time travel part).

The film’s chief protagonist is Stanley Crawford (Firth), one of the world’s most renowned magicians.  Dressed as a Chinaman and using the stage name of Wei Ling Soo, Stanley regularly performs in front of sold-out auditoriums and leaves his audiences in awe of his mind-boggling illusions.

He may have found wealth and success… but Stanley’s personality isn’t quite as positive as you might think.  A friend sums it up best when he describes him as having “the charm of a typhus epidemic”.  He humiliates his staff when they fail to achieve perfection.  He demeans his friends when they say anything remotely disagreeable.  It’s a wonder that anyone wants to spend time with him at all!

Taking a quick break from his craft, Stanley has accepted an intriguing business proposal offered by a long-time acquaintance, Howard (McBurney).  He tells Stanley that a young American woman has been soliciting money under the guise that she’s a clairvoyant who can communicate with the dead.  Her name is Sophie Baker (Stone) and Howard is hoping that Stanley will live up to his reputation as “the greatest debunker of fake spiritualists” and expose her as a fraud.

Taken to the French Riviera, where Sophie is currently staying with a wealthy American family, Stanley rubs his hands and gets to work.  He is somewhat dazzled by Sophie’s good looks (acknowledging that “a pretty face never hurt a cheap swindler”) but it only makes him more determined.  He knows there are no spirits, no ghosts and no afterlife.  He just needs to keep a close eye on her and work out her secrets.

Magic In The Moonlight is one-third comedy (which works), one-third mystery (which kind of works), and one-third romance (which doesn’t work).  Starting with the comedy, it’s an absurd situation and I couldn’t help but smile when listening to the fiery banter between Colin Firth and Emma Stone.  This isn’t Woody Allen’s best work but I’ll never grow tired of the witty, thought-provoking dialogue that laces so many of his films.

While it’s predictable in places, it’s nice to enjoy a movie that keeps you guessing until the end.  Who will finish with the upper hand?  Will Stanley finally pick up on Sophie’s tricks?  What if they’re not tricks?  Could she possibly be real?  It drags a little too long in the later stages but it’s still a fun ride.

The film’s big weakness is its inability to sell the romance between these two leading characters.  I have no problem with the age difference (Firth is 53, Stone is 25).  It’s just hard to believe that young woman like Sophie could fall so easily in love with such a “caustic” individual.  It’s also a shame that more isn’t asked of the supporting cast – particularly the likes of Marcia Gay Harden and Australian Jacki Weaver.

Woody Allen makes one film every year (he’s as regular as clockwork) and his next effort will see him work with Emma Stone (again) and Joaquin Phoenix.  It’s currently being shot in Newport, Rhode Island and like all of his movies, I can’t wait to see it.