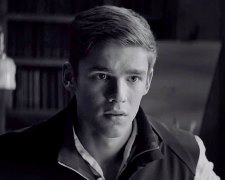 Let’s talk about films based on a novel, set in some kind of dystopian future, featuring super-controlling governments, where memories of the past have been erased, where your job is assigned and not chosen, that are told from the perspective of rebellious teenagers.  Sounds like a niche genre, right?  Well, it turns out that three films this year meet that definition – Divergent (released back in April), The Giver (released this week) and The Hunger Games: Mockingjay (to be released in November).

Each film should be judged on its own merits… but it’s made more difficult in this case of The Giver given the uncanny similarities it shares with the abovementioned films.  It doesn’t have the “freshness” that you might expect given its key themes were covered already in Divergent and the earlier Hunger Games films.

It’s a case of bad timing in respect of The Giver.  Lois Lowry’s novel was first published over two decades but, despite the efforts of producer Jeff Bridges, it’s taken a long time to make it to the big screen.  After a mediocre box-office opening in the United States last month, you can’t help but wonder if it would have been a lot more successful if it had of beaten its competition to the starting line.

The setting here reminded me a lot of the 1998 film, Pleasantville (although the use of black and white during the opening scenes probably contributed to that fact).  We’re talking about a perfect world.  Everyone is polite, friendly and civil to each other.  There are no wars and no fights.  There isn’t even a petty disagreement.  Everyone seems to like everyone!

The reason for this is simple – medication!  Each citizen takes a daily injection, as directed by the government, which helps “control” the choices they make.  The catch is that they don’t realise they’re being controlled.  When grilled later about the rationale for this world later the film, one of the elders (Streep) sums it up best – “when people have the freedom to choose… they choose wrong.”

At its heart, this is a classic underdog tale.  A teenager named Jonas (Thwaites) has learned of his government’s controlling ways and it’s up to him to pull back the curtain and expose their secrets.  He will be guided by a powerful, yet lonely old man known as The Giver (Bridges).  Jonas will be fed the information and it’s up to him to work out what needs to be done with it.

Directed by Australian Phillip Noyce (Newsfront, Salt, The Quiet American), The Giver deserves plenty of part marks for its intriguing concepts.  I like the idea of teen-orientated film that asks us to step back and think about how much of our life is controlled… and then whether that is a good or bad thing.  There’s more to this than just mindless action.

It also has something to say about the concept of “sameness”.  This is a world where there are no differences in race and religion.  Children are genetically engineered to be as similar-looking as possible.  Families sit around the dinner table and ask each other about their day by saying “your turn for feelings”.  Diversity is the result of so much tension in the real world… but if we were all the same, would there be other negative effects?

While I didn’t mind the set-up, The Giver stumbles to the finish line by offering us a rushed, predictable finale.  This isn’t a memorable, game-changing film.  We’ve seen it before, we’ll see it again.  It’s more likely to be known as the film that launched the career of young Aussie Brenton Thwaites.  It’s his first leading role in a major Hollywood film and to work alongside Oscar winners Jeff Bridges and Meryl Streep is a huge feather for his cap.

You can read by chat with star Brenton Thwaites by clicking here.