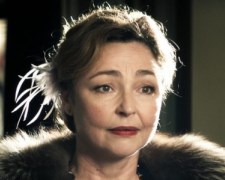 Florence Foster Jenkins will be released in Australian cinemas in two weeks.  Based on actual events, it tells the true story of a wealthy heiress from New York (played by Meryl Streep) who became a renowned opera singer in the early 20th Century.  Jenkins was not known for her talent.  Rather, people flocked to see her perform because of how bad she was.

The story won’t be new to anyone who sees Marguerite, a French film that is also based on Jenkins’ life.  Characters names have been changed but the essence of the story has been retained.  The release strategy in this country is intriguing.  I can’t ever recall two films based on the same person screening in Australian cinemas at the same time.

As the film opens, we see Marguerite (Frot) singing in front of a large collective of friends in the comfort of her own home.  A journalist asks if she always sings this badly to which a fellow guest sarcastically responds – “no, she’s come a long way.”  It’s clear that most don’t want to be there.  Even her husband (Marcon) faked a car breakdown so as to avoid attending the performance.

I saw a fellow critic make an apt reference to the Hans Christian Andersen fairy tale The Emperor’s New Clothes.  Marguerite is being duped in the same manner.  As she is a woman of wealth and influence, her friends lack the courage to be honest when appraising her singing voice.  A few critics have written scathing reviews in local newspapers but her husband and loyal assistant (Mpunga) ensure she never reads them.

It may all sound very mean-spirited but there’s a beautiful complexity to Marguerite’s character that’s hard to resist.  On one hand, you hope that she finally wakes up to herself and realises she is tone deaf.  Why should a rich socialite be given opportunities that should be provided to others who are far more deserving?

On the flip side, there are moments where you hope she never learns the truth.  It’s like watching an adult teach music or sport to a child for the first time.  They offer encouragement regardless of ability because having fun is more important than winning a competition.  You can see that Marguerite lives a lonely, loveless life and this is the only part of it that provides joy and satisfaction.  Why should others spoil it?

Catherine Frot took home the best actress trophy at the 2015 César Awards (the French equivalent of the Academy Awards).  It’s easy to see why given the nuance she brings to the leading role.  She also had the tricky task of singing so poorly on screen.  There were fleeting moments where I looked away from the screen because I was so embarrassed for her character.

The ending didn’t work for me but it’s hard not to be lured into such an unusual story.  The eclectic group of supporting characters only add to its charm.