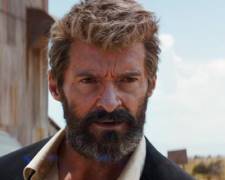 It was around this time last year that Deadpool took cinemas around the world by storm.  Expectations were slow but the film surprised most pundits buy reeling in more than $780 million at the international box-office – more than any other film in the X-Men franchise.  The reason for its appeal was clear.  With the increasing number of superhero films starting to feel more and more similar, Deadpool flipped the genre on its head and gave us something we weren’t expecting – a lightweight spoof with big laughs.

The analogy is relevant because this latest Marvel production is trying to do the same.  The key difference is that Logan takes us to the opposite end of the spectrum – giving us a violent, heavy, serious superhero flick that we haven’t really seen before.  If this were about a real-life person, it’s the kind movie that might be picking up awards season attention.

Logan marks the 9th time that Jackman has stepped into the shoes of this famous character.  Things are different from the outset.  Logan, more widely known as Wolverine, is a depressed, forlorn figure.  His days of saving the world are long past and he’s now an alcoholic who makes a living as a limo driver.  He has no intentions of returning to his glory days either.  Recognised at a cemetery by a strange woman, Logan is quick to brush her away.  He does not want to be found.

Through conversations he shares with his remaining two friends, Professor X (Stewart) and Caliban (Merchant), we’re brought up to speed with recent events.  No new mutants have been born over the past 25 years and the world now sees them as a small, unnecessary blimp on the evolutionary timeline.  It won’t be much longer until they’ve all died out and “normality” is restored.

It turns out that’s all FAKE NEWS!  A secretive government agency, led by Zander Rice (Grant), has been genetically creating new mutants and raising them from birth in a well-guarded facility.  The end goal is that they will used by the military as weapons.  His plans have gone awry however.  Nearing their teenage years, this fresh group of mutants has escaped from Rice’s clutches and gone into hiding.

It’s no coincidence that Logan crosses paths with Laura (Keen), one of the escaped mutants.  She doesn’t say much but her fighting skills are second-to-none.  When set upon by a group of battle-ready henchman from Rice’s facility, she’s quick to draw blood and sever heads.  This helps explain why the film has been rated MA in Australia (unusual for a superhero film) for its “strong bloody violence”.  It’s not one for younger crowds.

I was hoping for a little more from the story.  Richard E. Grant’s antics as the keynote villain don’t add much.  It feels strange to be saying this but Logan works as a character study.  It’s about a tied man who has “all but finished” with life who gets one last chance to perform a good deed.  It’s reminiscent of Clint Eastwood’s Gran Torino except without the racist humour.

Contributing to the film’s allure is the behind-the-scenes work of writer-director James Mangold (Walk the Line, The Wolverine).  He’s crafted some strong action pieces including a brief, slow-motion scene where Logan kills 7 men without a single edit.  More impressive is the screenplay itself.  Drawing from the pages of comics written in 2008 and 2009, Mangold and his team have created a script that more about human connection than silly, over-the-top fighting.

Five other superhero films from Marvel and DC Comics are slated for release later in 2017.  The early benchmark has been set for them to beat.