Review: Ghost in the Shell 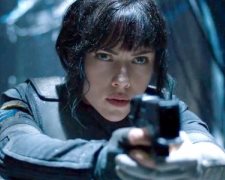 For those needing the background check, Ghost in the Shell was a Japanese comic that became an animated feature film that became a successful computer game that became a television series.  The next stage in its evolution is that of a live action Hollywood film with a sizeable budget.  The idea was tossed around for a while but it finally ended up in the “to do” basket of director Rupert Sanders (Snow White and Huntsman).

What I find most attractive is the world in which this film is set.  Society has reached a point where robotics is now a part of life.  As an example, those that have lost an arm in an accident can now have a new one built which can be attached with relative simplicity.  It’ll function better than the old one!

The latest creation of Hanka Robotics is to take a human brain and insert it into a full robotic body.  The first person to undergo such surgery is The Major (Johansson) but it wasn’t by choice.  Her last memory was of being on a refugee boat which had been sunk by terrorists.  Her parents were killed and she was badly injured.  She would have perished if not for the work of Dr. Ouélet (Binoche) who was able to save her brain and place it in a new, powerful robotic body.

The Major now works for a secretive organisation known as Section 9.  Their mantra isn’t well explained but they appear to be come kind of government approved authority who rid the streets of bad guys.  Their latest mission is track down Kuze (Pitt), a mysterious assailant who has been hacking into the “minds” of robots and using them for his own purposes.

I might have laughed at such a premise 50 years ago but as technology moves forward at a rapid rate this world may become a lot less fanciful.  There’s already talk of robot droids and soldiers.  What would happen if someone was able to hack into these and alter their programming?  When they’re controlled by changeable code as opposed to a rational, feeling mind, are the risks not higher?

Sanders has tried to give this film the look of a Japanese manga comment with its setting, costumes and colours.  The problem is that the script doesn’t amount to all that much.  The Major talks about the “thick fog” that blankets her old memories and we follow her search for answers.  The tone is heavy throughout and while Scarlett Johansson commands a strong presence in the leading role, the same can’t be said of the supporting characters.  They’re a little bit dull.