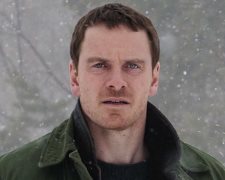 As a general rule, I try to read as little as possible about a movie before seeing it.  That said, I couldn’t help but read an article today about The Snowman that was doing the rounds on social media.  After getting poor reviews and a lukewarm box-office opening in the United Kingdom, Swedish director Tomas Alfredson made a startling revelation.  He admitted that the film isn’t as good as he’d hoped because about 10-15% of the material was never filmed.  They ran out of time and didn’t realise the problems it would cause until they hit the editing room.

I’m in two minds about this statement.  On one hand, I think it’s refreshing that a director would come out and admit that the finished product isn’t what they envisioned and that mistakes were made.  On the other hand, it’s not a particularly good look when the production companies are trying to recoup their costs – believed to be about $35 million USD in this case.  Perhaps he should have waited a few more weeks before opening up.

Based on the 2007 novel by author Jo Nesbø, The Snowman is a thriller that builds early intrigue but loses momentum during the middle stages.  Harry Hole (Fassbender) was once a top-notch police detective in Oslo but now he’s a laughing stock.  We never really learn why his career went off the rails but we can see the aftereffects – he’s separated from his long-term partner (Gainsbourg), he’s struggling to sleep at night, and he’s drinking a lot of vodka.

Pleading with his boss for a juicy case to work on, Harry is partnered with a new recruit, Katrine (Ferguson), and asked to investigate the disappearance of a young mother.  It’s clearly something he’s not interested in.  He has a quick look around the house, talks to the daughter, and concludes that the woman ran off with another man.

It’s not long before Harry realises there’s more to this mystery.  Other women go missing and he gets a mysterious letter in the mail.  There’s a serial killer at work and their “calling card” is a snowman constructed in the front yard of his victims.  I’m not sure how there are no witnesses given some of the murders happen in populated areas but it’s best not to think too deeply.  You’ll only find more holes.

Even without reading the aforementioned article, it’s evident that there are problems with the screenplay.  Out of nowhere, the film introduces a series of quick flashbacks that feature characters that haven’t been introduced.  Their relevance has been deliberately concealed to keep us guessing but when all is revealed in the final half-hour, it’s not as exciting as one might hope.  Other subplots add zero value.  An example is the plight of high-profile politician (Simmons) who is trying to secure a major sporting event for the city of Oslo.

There’s a similar lack of character development when it comes to the main players in the current day setting.  Audiences will struggle with Harry.  One minute he’s a strong-willed guy trying to track down a killer.  The next minute we see him lying on the floor doing nothing.  One minute he’s a family fan trying to bond with the son of his ex-partner.  The next he doesn’t seem to care about anyone or anything.  I never knew what he was thinking.

All the ingredients were there to make this a great thriller.  Alfredson has made some terrific films in the past such as Let the Right One In and Tinker Tailor Soldier Spy.  The crew included Oscar-winning editor Thelma Schoonmaker (The Departed) and Brisbane-born cinematographer Dion Beebe (Memoirs of a Geisha).  Martin Scorsese offered counsel as an executive producer and the quality cast speaks for itself.

Given that Tomas Alfredson has given his own film the “thumbs down”, it’s hard for me to argue otherwise.