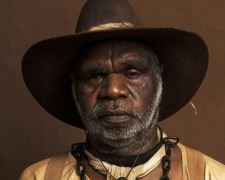 Currently held in Brisbane, the Asia Pacific Screen Awards honour the best films and performances from the Asia-Pacific region.  In their brief 11 year history, two movies from Australia have taken the honour for best feature film – Samson & Delilah in 2009 and Sweet Country in 2017.  It’s an amazing fact that both were directed by Indigenous filmmaker Warwick Thornton.  He’s not as widely known by the public as a George Miller, Baz Luhrmann or Gillian Armstrong but he will go down in history as one of Australia’s best directors.

Sweet Country has an interesting background.  David Tranter is an Australian sound recordist who has worked on a number of short films, TV movies and television shows over the past decade.  He’s known Thornton since they were kids growing up in Alice Springs and, drawing on stories passed down through his family, suggested the idea of the movie several years ago.  Despite having no experience as a screenwriter, he worked with Steven McGregor (Redfern Now) to put a script together.  Thornton loved the finished product and the film was put into production not long after.

Set in the 1920s, there’s no obvious protagonist in the film during the opening half hour.  We drift between characters and learn that the Australian outback was a rough, tough place.  There’s a quiet, lonely farmer (Neill) trying to make ends meet.  There’s an Indigenous man (Morris) and his wife who help tend the farm and are well compensated.  There’s a World War I veteran (Leslie) who has moved into the area and is quick to assert his authority.  There’s a young boy (Doolan) from a tough upbringing who yearns for a better life.   There’s a police sergeant (Brown) who enjoys a drink and tries to maintain law and order.

The narrative becomes clearer when someone is killed.  Without giving too much away, a “white fella is shot by a black fella”.  The racial tensions within the community explode and it forces some characters to flee whilst others go chasing after them.  For many in the town, the truth as to what actually took place is irrelevant.  A white man has been killed and they’re ready to dish out a violent brand of justice at any cost.

Described as Australian’s equivalent of an iconic American western, Sweet Country is a gripping, moving drama that pulls back the curtain on a darker chapter in our history.  The likes of Sam Neill and Bryan Brown give the film some star power but it’s the Indigenous cast members, all of whom are non-professional actors, who make the biggest impact.  It’s hard not to feel empathy for their plight.

Thornton shot the film just outside of Alice Springs and makes great use of the dry, desolate landscape.  There’s a scene involving Bryan Brown on a long, flat plain that exemplifies this most.  I also liked the use of quick “flash forwards” to give us a glimpse of what lies ahead.  It will keep audiences on their toes and is a pleasant breakaway from the traditional model where a film opens with the full ending and then takes us back to how we got there.

With a few unexpected twists, Sweet Country is a great slice of Aussie cinema.