Review: Beasts Of The Southern Wild 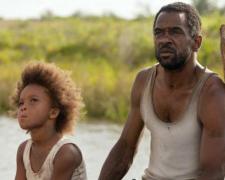 First impressions are important.  They are critical to one’s success in life.  When we go to a job interview, we go to great lengths to look good and speak well.  This may involve buying a new suit or doing some detailed reading on the prospective employer.  The same applies to a first date and may require an extra few minutes grooming in the bathroom before leaving the house.

Beasts Of The Southern Wild is the debut feature from 29-year-old Benh Zeitlin and in the eyes of most, he has made a very, very good first impression.  The movie premiered at the Sundance Film Festival back in January where it won the Grand Jury Prize.  It then travelled to the ritzy Cannes Film Festival and picked up the Camera D’or – the award for the best first feature film.  It’s now being touted as a best picture nominee at next year’s Academy Awards.  Not a bad start to one’s career, huh?

Beasts is a terrific film for two reasons.  Firstly, the setting is unforgettable.  It takes place on a small ridge of land off the coast of Louisiana known as the “Bathtub”.  It was once a thriving, self-sustaining, tribal community that was home to many families.  Now, it has been all but obliterated due to the effects of hurricanes and rising sea levels.  The construction of levees, designed to protect the city of New Orleans, has also contributed to its demise.

It’s a fascinating part of the world and we get a strong sense of the location and its poverty-stricken people in the opening scenes.  The residents know their fate is sealed and that it’s only a matter of time before the island is engulfed by the ocean that surrounds them.  Are they moving to the mainland?  No way!  This is their land.  This is where they were born and raised.  They want to hang onto it until the very end.

The second reason you need to see this film is because of the performance of 6-year-old Quvenzhané Wallis.  I still can’t get my head around the fact that someone that age can have such an astoundingly strong screen presence.  She wasn’t easy to find though.  It took 9 months and 4,000 auditions before Zeitlin finally found his leading lady.

Wallis’s character is simply known as Hushpuppy – an adventurous young girl who has spent her entire life in the Bathtub.  She lives in a small shack that has been raised off the ground with slits to help keep it protected from storms and flooding.  With no mother and a cranky, intolerable father (Dwight Henry), Hushpuppy has been forced to develop a fierce independence.  She cooks her own meals and cares for a small group of animals.

The winds of change are afoot however.  Two significant events threaten to change Hushpuppy’s life in a dramatic way.  A massive storm leaves the entirety of the island underwater.  With their food source washed away, those that remain travel from place to place using makeshift rafts and hope that the water will eventually recede.  Further, Hushpuppy’s father becomes gravely ill.  It acts as a catalyst to bring these two together – with the father teaching his daughter valuable lessons to help her survive on her own.

Given the unusual setting, it took me a little while to get my bearings.  I’m a level-headed 34-year-old trying to follow a story being told through the eyes of a curious, naïve 6-year-old.  We see things differently… and that’s part of the film’s beauty.  Zeitlin has found of way of showing us Hushpuppy’s limited view of the world where reality and fantasy aren’t always easy to distinguish.  Think back to when you were that age.  Could you fully comprehend the thought of losing your home and your father?

There’s a lot going on in Beasts Of The Southern Wild but at its core is a genuine exploration of the bond between a young girl and her troubled father.  You’ll admire the powerful music and the stunning cinematography but it’s the emotion of the film’s final scenes that will make the biggest impact.

You can check out my interview with director Benh Zeitlin by clicking here.