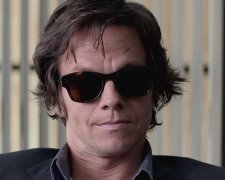 There are a lot of reasons why people gamble.  Some do it because they think they can win and get rich.  Others do it purely for the rush of adrenalin.  Some are trying to escape their problems.  Others do it out of sheer boredom.

In the case of Jim Bennett (Walhberg), the best explanation I can come up with is depression.  He’s a moderately paid English professor who only took the job because he couldn’t cut it as a writer.  He once had a novel published but it made him only $17,000 in royalties.  He lives alone, he has no girlfriend, he hates his mother and he has no interests.  If you catch him smiling, it’d be a very rare event.

Unsatisfied with seemingly every part of his life, Jim has become a gambling addict with a death wish.  He’s borrowed $260,000 from two gangsters and blown it on the blackjack tables in a matter of minutes.  They’ve given him 7 days to repay the loans but Jim doesn’t seem too fussed.  If he finds the cash, so be it.  If not, he’s happy enough to take what’s coming.

He’s an interesting character… but I can’t use that same adjective for the film itself.  There’s really not a lot to it.  We simply watch Jim going about his life and digging himself into a deeper hole with each passing day.  A love interest is introduced (Larson) but she’s never given enough screen time.  If she is the reason that he’s going to turn his life around, it’s hard to buy.

Martin Scorsese and Leonardo DiCaprio were reportedly interested in the project back in 2011 but after settling on something better (The Wolf Of Wall Street), it fell into the hands of director Rupert Wyatt (Rise Of The Planet Of The Apes) and Mark Wahlberg (The Fighter).  I liked the blasé personality that he brings to the character.  I just wish I understood a little more about what was going on inside his head.

After a heavy, slow-paced opening hour, Wyatt tries to brighten things up in the later stages.  Jim concocts an elaborate plan that could put him on the path to redemption.  Like so much of the film though, it doesn’t provide the “pay off” you might expect.