Review: The Bee Gees: How Can You Mend a Broken Heart 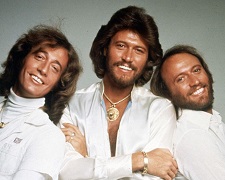 At one end, you’ve got long-time Bee Gees fans who bought every album and could sing every song by heart.  At the other end, you’ll have youngsters who have never heard of Barry, Robin and Maurice Gibb.  It doesn’t matter where you sit along that spectrum.  There’s something for everyone in this stellar documentary, The Bee Gees: How Can You Mend a Broken Heart (sans question mark).

Directed by legendary producer Frank Marshall (Raiders of the Lost Ark, The Sixth Sense), it’s an impressive feat to cover this much material inside of two hours.  We begin with their upbringing here in Brisbane, we culminate with their final works, and in between we explore the brilliant music that saw them inducted into the Rock and Roll Hall of Fame (amongst many other notable accolades).

So… what made them a success?  There are current day interviews with producers and band members who take us inside their unorthodox creative process.  There were times when they didn’t even write lyrics until the day of the formal recording session!  There are also interviews with the likes of Noel Gallagher (Oasis) and Nick Jonas (The Jonas Brothers) who can relate to the experience of siblings being part of the same band.  It comes with both pros and cons.

Many artists fade into obscurity after their 15 minutes of fame but The Bee Gees were a group who kept reinventing themselves.  One of the more interesting parts of the documentary delves into the creation of their Grammy Award winning album Saturday Night Fever in 1977 and the subsequent backlash when disco music fell out of favour several years later.  They were victims of their own success – an unavoidable dilemma that Coldplay’s Chris Martin offers insight on.

Marshall spent roughly two years pulling the film together and it includes never-before-seen archival footage.  An obvious challenge is the fact that all but one of the Gibb brothers has passed away.  To help ensure their voices are heard, the film uses old interviews from Maurice and Robin to help give equal time to their respective viewpoints.  As Barry eloquently explains during the opening scene - everyone will have different memories depending on who you ask.

Likely to kick start new interest in their music, The Bee Gees: How Can You Mend a Broken Heart is fascinating from start to finish.