Review: The Other Son 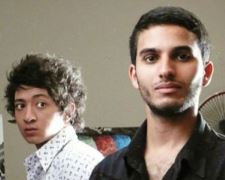 Unsure of what he wants to do with his life, 17-year-old Joseph (Sitruk) is preparing to join the Israeli army and commence his national service. An odd detail stands out during his medical examination. Joseph is of the blood type A+. His two parents are of the blood type A-. Such a statistic is genetically impossible.

His mother (Devos) starts asking questions and it leads to a shocking revelation. Joseph is not her son. On the night that he was born, the hospital was bombed and all patients were hurriedly evacuated into an underground shelter. Amidst the confusion, her child was inadvertently switched with another, born at the same time.

I don’t know if there’s an appropriate way of describing the emotion that comes with such a situation. Perhaps the best thing to do is picture yourself in their shoes. How would you react if you discovered that your 17-year-old child was nor your own? Would you tell him? What about your biological son? Would you want to track him down? Would you want to take an active interest in his life?

Joseph’s parents decide to reveal the truth to their son. They also learn that their “other son” lives across the fortified border in neighbouring Palestine. His name is Yacine (Dehbi) and he has been raised by a Muslim family.

All of the above details are covered quickly during the opening 20 minutes of The Other Son. It’s a wise move by writer-director Lorraine Levy as it allows the rest of the film to explore something far more interesting – the connection that grows between the two families and also between Joseph and Yacine. Despite the horrifying nature of the mistake that happened 17 years ago, it’s possible that this story could have a happy ending.

The setting deliberate and it’s obvious that the film is making a point about the conflict that currently exists between Israel and Palestine. Joseph has been raised as a Jew and as Israeli. He strongly believes in his religion (he’s one of his synagogues best pupils) and defends his country’s stance in the conflict. When he learns that he should have been raised as a Muslim and a Palestinian, it leaves him questioning his long-held views and values. Which side of the fence should he be on? Should there even be a fence at all?

Critics of The Other Son have targeted the simplistic view it seems to take of the Israeli-Palestinian conflict. While I admit the film doesn’t explore the history and the politics, I don’t think it needed to. At its heart, this tale shows that a tragic event can bring very different people together in unexpected ways. It could have been set in any country. What’s most important is that it feels real, honest.

Featuring four different languages – English, French, Hebrew and Arabic, The Other Son is an interesting, life-affirming story that I highly recommend.